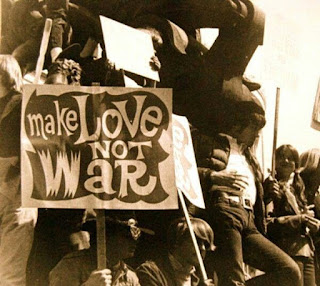 The slogan, “Question Authority!” captured many young minds in the late 1960s and early 1970s. Its popularity rose with the Hippie Movement’s protest that political ties to business interests were fueling the Viet Nam War. Despite that logical suspicion, their historical gesture of turning their backs on society, through counter-cultural behaviors, did not make them truly independent. Symbolic autonomy cannot quench hunger and thirst or provide shelter and warmth. Even to “beg, steal or borrow” shows dependence and betrays the claim of autonomy. John Donne is still right: “No man is an island.” 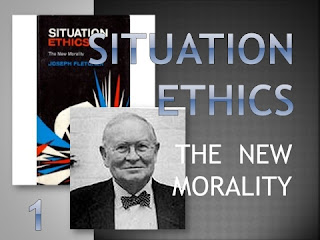 This epic “Hippie” departure from the social status quo shouted another appeal: “Make love, not war!” But it was a new kind of love — a “Free Love” that questioned the authority of accepted moral standards and replaced them with those of “The Sexual Revolution.” Urged on by The New Morality’s denial of absolute moral truth, sexual promiscuity spread like wildfire and free love began changing modern Western thinking about human sexuality.

The voices proclaiming autonomy did include a qualifying addendum — “Do your own thing, as long as no one gets hurt.” But that tacked-on safety clause was generally ignored, as people pursued “sexual freedom” without restraint. Unwed pregnancies skyrocketed. Abortions and single parents multiplied. Unstable relationships became a norm. Many more children now grew up in homes without the balancing bond of couples committed to the challenging work of marital love. 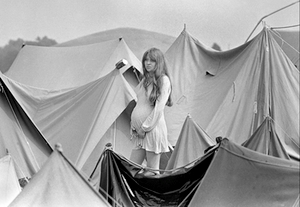 The so-called “sexual revolution” only resuscitated the old morality of free lust. Real love is not free, nor is it just a good feeling. It’s a moral choice, a self-denying behavior, a lifestyle bound to others. To adopt this new idea of “free love,” people had to question and reject the authority of the Bible, which gave us love’s true definition: “God is love,” (1 John 4:8). But the ultimate authority of the Creator’s love was also qualified by another definition: “God is light,” (1 John 1:5). Divine Love’s caring creativity is simultaneous with divine Light’s perfect truth. Humans, made “in the image of God” (Genesis 1:27), find their significance, purpose and direction only by following God’s lead in creative caring and truthful living. Our true identities — our authentic selves — must forever be subordinate to the life-giving Source of love and light, or we’re spiritually dead. 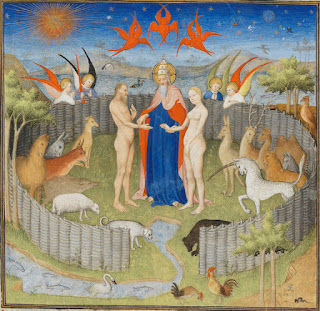 If we accept the Bible’s definition of God as “light” and “love,” we must also accept how it defines us. From the beginning, we were created to be servants. Bearing the image of our Maker, we were equipped to serve in a variety of ways: 1) reproducing and filling creation with more images of God (Genesis 1:28a); 2) serving as governing representatives for Him (Genesis 1:28b), 3) cultivating and protecting His creation (Genesis 2:15); 4) building a human knowledge-base by categorically naming what He had created (Genesis 2:19); and 5) doing these duties in the context of loving marital union (Genesis 2:24).

All these dimensions of being servants were to be performed in the context of a relationship with the Ultimate Servant, God Himself. After creating the universe, God continued serving as its ongoing Sustainer. That job required an even more energetic, personal involvement after His chosen human representatives failed in their leadership role by choosing the disaster of autonomy over the safety of His authority.

God’s servant nature of caring creativity united to enlightening truth bountifully expands forever, while the self-limiting attitudes and activities of human autonomy become ingrown: 1) parents raise children to image themselves rather than God; 2) servant leadership erodes into tyrannies of self-will and personal power; 3) caring for creation is lost in controlling and exploiting it; 4) pride enthrones knowledge as a god, making science its temple; and 5) marriage devolves from an organic union to a contract easily dissolved by changed feelings.

God demonstrated the full extent of Love’s willingness to serve by His personal commitment to repair the tragedy of human autonomy. When His Son became one of us, Jesus exemplified servant leadership by stripping down, as a slave would, to wash His disciples’ feet. He told them to do likewise (John 13:14-15). God made it unmistakably clear that His kind of love was not just in attitude or word but in deed. He said, “For even the Son of Man did not come to be served, but to serve, and to give his life as a ransom for many,” (Mark 10:45). How far did Love go in serving us? All the way to the Cross! Jesus said, “Greater love has no one than this, that someone lay down his life for his friends,” (John 15:13).

The Cross wasn’t the end of God’s incarnational strategy. Christ’s death and resurrection redeemed His failed human project. But now, the Leader of human servant leadership is God Himself. As the Father lived in Jesus, so Christ now indwells His followers. Instead of doing Kingdom work in one isolated body in Palestine, Jesus has been living and serving around the globe in multiple billions of human bodies. In Christ, God’s original plan for us — to image Him as a growing community of body-spirit beings, blessing creation with loving, God-directed service — has become our restored destiny. 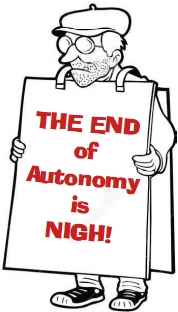 Autonomy is a boring alley leading to a dead end. It’s also a self-deception. No one got here on their own. We rely on so many things we ourselves did not invent. We learn by standing on the shoulders of preceding generations, and the knowledge discovered on our own always seems to increase what is unknown. We don’t know the future, can’t agree on the past, and enjoy the present only through good health, which is often out of our control. We claim to know the facts, but they keep changing. We deceive ourselves by saying, “well, it’s true for me anyway,” when we’ve altered our “personal” truths a dozen times in the last decade. We claim to be truthful, loving people but regularly fail at honesty and compassion. If such a distinctive background allows us to say, “I’ve got this…. I can make the best decision for myself here,” then we’re fooling ourselves. Autonomy is worse than a bad joke! Don’t question divine authority! Question human autonomy!

While we don’t know with certainty all realities, all situations, all circumstances, with all their interactive relationships and contingently interwoven possibilities, God does. We don’t perfectly know others or even ourselves, but God does. We can’t get near loving ourselves as deeply as God loves us. So, which is more logical: to submit ourselves to the direction of perfect Love guided by omniscient Wisdom or to follow our own imperfect love, further handicapped by a limited human knowledge of everything? The logical reply is a no-brainer, yet often we trust and follow our own judgment, when God is pointing us in the opposite direction. This makes our confident autonomy a sad form of insanity! 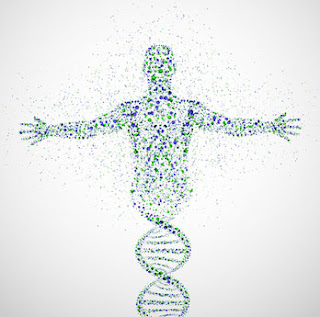 Autonomy distrusts the idea that “God has a wonderful plan for your life.” Here’s an even more accurate statement: “You are a wonderful part of God’s plan.” Why do I express it that way? It’s because God created you specifically. There’s no one who ever lived, is now living or will someday exist who was, is or will be exactly like you. You are unique, and so is everyone else that descended from the original union of Adam and Eve’s DNA. The fantastic diversity of personality and giftedness in all of human history was not canceled by the sinful failure of our first parents. They left Eden disconnected from God, but still retaining their nature as servants and still propagating offspring with individually unique abilities to serve.

Autonomy keeps that unique servant-leadership potential, inherent in all of us, from being fully realized. We can only find the fullness of our true servant selves in union with the Supreme Servant Who made us. Creation now, and “the new heavens and the new earth” yet to be (Isaiah 66:22), will be uniquely blessed by your special contribution of service… or not. If “God saw all that he had made, and it was very good indeed,” (Genesis 1:31), then the potential for humanity’s entire future was all “very good.” But by allowing us to choose or reject His will for us, God put the ball in our court. Either we become the true serving selves He intended for His wonderful human plan, or we don’t. We can repent of our autonomous ways and surrender our autonomous selves to the saving work of Christ, or we can maintain the delusional, distracting, diabolical deception of human autonomy.

I pray that everyone reading this, who has not done so already, will stop doubting the divine authority of Perfect Love and Eternal Light and start questioning the illusion of autonomy. Finding and exploring our real identity as God’s servants, created to serve eternally alongside Him, is an endless journey of joy with ever-expanding horizons. The call of Jesus — our Servant God Who became our Human King — is authoritative and redemptive. The creative adventure of everlasting servant leadership begins with our obedient personal response to His call to us: “Follow Me.”
Posted by David L. Hatton at 12:24 AM 6 comments: