WHAT IS SPIRITUAL MATURITY?

The answer to that title’s question is probably more easily described than practiced. Nevertheless, I’ll try describing a personal, biographical answer through sharing my attempts to practice spiritual maturity. 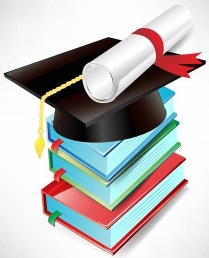 Having become convinced in high school that philosophy was the key to knowledge and that theology was the path to spiritual wisdom, I began my college education trusting the academic study of both to bring me to spiritual maturity. But after getting my B. A. in Bible and still feeling inadequate to enter the ministry, I began seminary studies in San Francisco. That was back in the 1970s, right after the surge and crash of the Hippie Movement, just when the Jesus People Movement was taking off. A few weeks into my seminary studies, my spirit was suffocating, starving in a spiritually dry desert.

About that time, someone in the Jesus Movement introduced me to the writings of Watchman Nee. Despite my Bible college education, I struggled with his book The Normal Christian Life, because, as simple as it was, it presented a depth of Christian experience that was foreign to my knowledge-based ideas of spirituality. In his books The Ministry of God’s Word and The Release of the Spirit, Nee taught that only by a break-through from the Holy Spirit, Who wrote the Word of God, could anyone minister that Word effectively. A senior seminarian I carpooled with trivialized Nee as shallow and simplistic. Since I knew the opposite to be true, his haughty gibe at Nee began to sour my perception of the seminary path. Doubts merged with my sense of spiritual dryness to make me contemplate abandoning seminary. That thought was soon confirmed.

I had been asked to preach at a rescue mission in Oakland, but I purposefully did not prepare a sermon. Instead, praying for guidance, I opened my Bible during the song leader’s last song and my eyes fell on a familiar passage in Romans. Immediately, I saw in my mind’s-eye a vision of Christ on the Cross, being overwhelmed by the sins of humanity, past and future, converging on Him to stifle His very life. Just as described by Nee, when I stood to speak, an unplanned message began to flow out. Somehow I knew what to say and how to say it. But when it came to the vision I had seen of Jesus crying out “Eloi, Eloi, lama sabachthani? . . . My God, My God, why have You forsaken Me?” my mouth poured out words to describe what was taking place without the help of my rational thought. When I sat down, I knew God had showed me the inadequacy of studying my way into a spiritual ministry. Shortly thereafter, I quit seminary just before the end of my first semester.

Around that time, the fellow who told me about Watchman Nee had invited Rosemary and I to visit him at a Christian commune near Mendocino called The Lord’s Land. We’d had our first child after Christmas in 1972, and I was still working at a paint factory—our only source of income. On my way to work one morning, I felt the Lord telling me, “Don’t go to work.” Ignoring this as a strange thought, I kept driving. But as I turned onto the road to my job, I heard, “Okay then, there will be no work for you today.” When I got there, the foreman told all of us that there was no work. I quit that day, and Rosemary and I headed off to Mendocino to visit the commune. I discovered later that everyone else was called back to work shortly after I left.

Our visit to The Lord’s Land impressed us tremendously. These Jesus People, living in a communal setting, had an amazingly mature level of spirituality. It showed me how my academic education in God’s Word had not trained me to practice the Word, as these young believers were doing. Later we visited the group’s headquarters in Eureka and ended up moving to their original commune called Lighthouse Ranch, housed at an old Coastguard station on Table Bluff near Lolita.

I soon began to grow spiritually in this group, especially under the powerful preaching of Jim Durkin, a Foursquare Gospel minister who led Gospel Outreach, the name they chose for their ministry. Under his evangelistic preaching, several hippie communes had become Christian communes, and I eventually became what they called “a coordinator” of one of them, Living Waters Ranch near Whitethorn, an hour west of Garberville.

Every few weeks, we caravanned up to Eureka for a general Sunday gathering of the communes at the War Memorial Auditorium, the only place large enough to hold those meetings. One such Sunday, I clearly remember discussing a question with Jim DeGolyer, another leader who later helped lead Gospel Outreach teams in Guatemala and Ecuador: “What is spiritual maturity?” He offered his idea of it, but suddenly an illustration popped into my head, and this imaginary narrative has stuck with me as a defining answer all these years:

A Christian counselor is approached by a young couple having marital problems. He listens, then prays, asking God, “Lord, I’m helpless to counsel this couple without Your guidance. Please, show me what I’m to say to them.” God tells him to share a certain passage of Scripture with them. It solves their problem. Soon, another couple comes with seemingly the identical problem. Instead of assuming that he has God’s answer, he prays again, “Lord, I’m helpless . . . ,” and God directs him to the same Bible verses as before. The problem is solved. 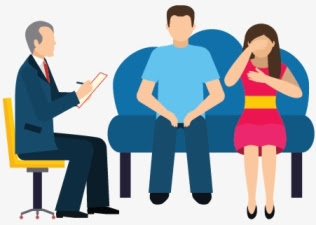 The next couple, and the next, and the next, 25 times in a row, come to him with what he perceives to be exactly the same problem. Instead of assuming he knows what God wants him to share, he does not turn to that passage to answer them, but always prays with complete sincerity the same prayer, “O Lord, you know what this couple needs, and I’m at a loss to help them without Your guidance. Show me what to say.” Again, God directs him to the same Scripture, which he then uses as his counsel to them. Their marriage is sailing smoothly again.

Some would define spiritual maturity as having the gumption to learn the mind of God from these many episodes where He did not vary in His guidance. After all, how many times does a lesson have to be repeated? Isn’t it obvious that God wants to give that Scripture passage to such couples, whose relational troubles are obviously so similar? For the spiritually mature counselor, absolutely not! Nothing is obvious, because only God knows the human hearts involved. Only He can give them what they individually need for healing.

The example of that counselor’s spiritual maturity is confirmed when the 26th couple arrives with the same problem. He prays the same prayer, desperate for God’s clear direction, and God shows him a different passage of Scripture to share with them. It uniquely meets their need.

Spiritual maturity has nothing to do with how long we have been Christians. Some young believers are far better at seeking and obeying God’s guidance than older ones who have tons of Bible knowledge but a poor track record of personally listening for divine guidance. Yet it is God’s will for all of us to listen to Him directly. Jesus in Matthew 4:4 quoted from Deuteronomy 8:3, “Man shall not live by bread alone, but by every word that proceeds from the mouth of God.” 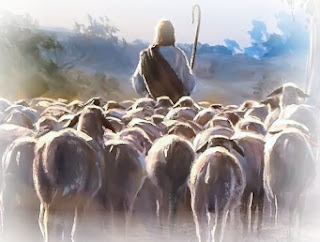 From the very beginning, we were to get our guidance from a direct, personal relationship with God, not from an internal, independent “knowledge of good and evil.” In John 10:27 (NKJV), Jesus said, “My sheep hear My voice, and I know them, and they follow Me.” When self-confident of being right about things, based on our own experiences or education from others, we easily end up listening to the voice of our own mind. Guidance from God should always be checked against His Word, for He will not direct us to do anything in conflict with what He has already revealed. God’s Word, however, was not intended to substitute for hearing from Him directly for guidance in areas where His Word does not specifically give direction.

Believe His promise in Psalm 32:8 (NKJV), “I will instruct you and teach you in the way you should go; I will guide you with My eye.” I know it takes faith to trust God to guide, and it takes practice to learn how to hear His voice. But we are all called to spiritual maturity, and we get there by practicing the prayer the little boy Samuel learned from Eli in 1 Samuel 3:9 (NIV), “Speak, LORD, for your servant is listening.”

Jesus, our best example of spiritual maturity, said in John 6:58 (NKJV) that He came “not to do My own will, but the will of Him who sent Me.” That was His whole ministry, to do and teach what He heard and saw from the Father (John 8:28, 38). We know, as Christians, that is our calling too, because He said, "Follow Me."
Posted by David L. Hatton at 6:31 PM No comments: