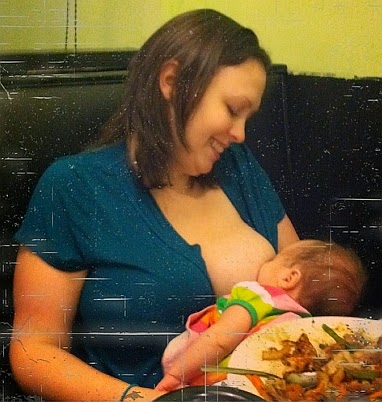 A couple with a baby and young son sit in a restaurant awaiting their order. When the infant becomes fussy, the mother opens her blouse and begins nursing. After loud whispering from a few tables down, an elderly lady approaches them on a mission.

“Honey,” she scolds, “not in public like this . . . and surely not in front of your little boy. Have some decency and take it to the ladies’ room. For Heaven’s sake, this is a restaurant!”

Sound familiar? It should. Her words echo much of the modern church. Her reaction to open breastfeeding is common among evangelicals. But the attitude expressed is neither godly nor God-honoring. It’s a subtle perversion that slithered its way into popular Christian culture as a “Gospel” standard. God referred to its deceptive source when He found Adam afraid of his nudity and asked, “Who told you that you were naked?” Satan is behind most human-unfriendly ideas.

“But the sight of her breast might lead to lustful thoughts!”

Ask a simple, logical question: “Why?” Who or what imposed a sexually lustful focus on women’s breasts? Some tribal cultures don’t treat the bare female bosom that way, until Western ideals supplant their once wholesome perspective. If you don’t believe this, ask missionaries who’ve witnessed the process. If you don’t believe them, then ask maternity nurses like myself, who fight uphill against a culturally sexualized breast in trying to help moms maintain the normalcy of public breastfeeding when they leave the hospital.

But the breast is not the problem. Jesus addressed the real issue when He said, “There is nothing outside a person that by going into him can defile him, but the things that come out of a person are what defile him.” (Mark 7:15). Bare nipples cause immoral enticement only when people are programmed to see them as objects of sexual arousal or lustful fantasy. It requires scrupulous social training to undermine a healthy view of their God-intended purpose as organs of maternal nurture.

“Who’s behind this sexual objectification? Hollywood?”

Movies exploit body parts only by misusing what’s already been sexually targeted. Sadly, the Western church has a long social history of targeting the female body as a sex object—a behavior that “misses the mark” of God’s design. This is a religious sin with social consequences. By sustaining an objectified view of female anatomy, we have significantly assisted those who profit from that objectification in ways that grow progressively more depraved.

Face the tragic reality: wherever prudery is imported , it guarantees the growth of pornography. Take Japan, for instance—once famous for the body acceptance displayed by its nonsexual custom of mixed public bathing. Today, Japanese society exemplifies how Western influence turned a modern, body-friendly culture into one flourishing with pornographic exploitation. Who’s to blame, a pagan Japan or a “Christian” West? 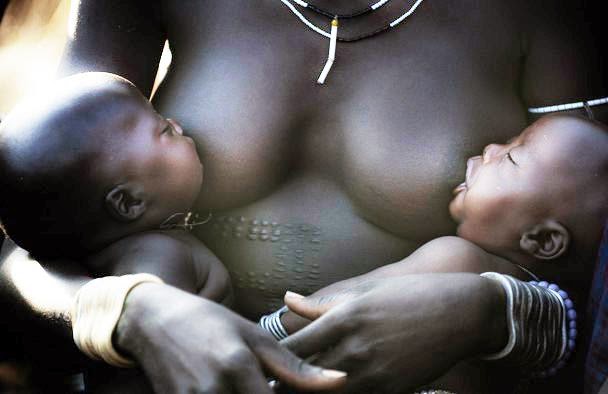 When cross-culturally savvy missionaries witnessed this same degrading trend among primitive tribes, it forced them to do their math. They saw that nudity was our own cultural problem, not theirs. So, they had to quit preaching clothing as part of Christ’s Gospel to naked people groups—a doctrinal sacrilege of which their predecessors were unwittingly guilty. The church at home gained no wisdom from this cross-cultural error abroad. Yet how we cringe in embarrassment when college professors of cultural anthropology tattle on us for this part of our missionary past!

“So, are you blaming this on the church?”

A spiritually healthy church is quick to acknowledge its errors and correct them. Sadly, we often postpone our reform until compelled by a critical mass of secular outrage from those who logically connect the dots that we chose to ignore. Outside the church, many secular voices are addressing the causative factors of female exploitation and are calling for its end. (See these TED Talks: “Everyday Sexism” by Laura Bates and “The Sexy Lie” by Caroline Heldman, for starters).

We can’t hide the implicating trail of evidence left by our persistent complicity in female objectification:

These and other behaviors—religiously baptized as “Christian morality”—have broadcast a united cultural message that females and their bodies are sex objects.

Our pulpits have tried to insure that women in general, and young girls in particular, accept an unavoidable self-identity as “sexual targets.” Instead, we should have trained them to stand up alongside men and assert their right to be treated as unique individuals, never as enticing stacks of body parts. Sermons should have preached feminine beauty as a divine stimulus for praise to the Creator. Instead, we have earmarked the gender-distinctive anatomy of our sisters as a dangerous pitfall from which spiritual men should flee in fear. That fearful flight, however, allowed exploiters, porn-mongers, and human-traffickers to seize control of a crucial realm of creation that belongs to God. We prudishly abandoned our stewardship of that realm.

“Can we repair the damage?” 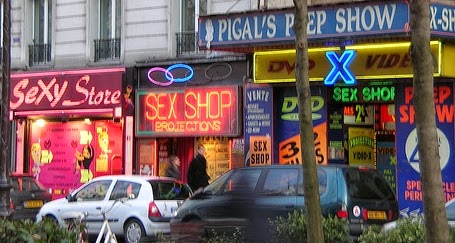 The human body is God’s holy turf. The hands that surrendered it must retrieve it. We have a duty to retake this lost territory, first by cleansing our own minds from any sentimental allegiance to an objectification of our sexual physiology. Porno-prudery is both theologically heretical and socially destructive. Religiously, it sabotages the credibility of our presentation of the biblical message of sexual morality. We must rebuild into corporate Christian thinking a wholesome attitude about the nitty-gritty physical reality of the human body’s sexual dynamics.

There’s nothing to be ashamed of in this area except for our own near-Gnostic reputation of hesitation or silence when it comes to the body’s gender-specific anatomy. Ours is a shameful neglect that has effectively marginalized the church’s impact on society’s sexual ideas and practices. The Bible’s healthy, incarnational understanding of how our fleshly “male and female” nature images the Creator ought to be well-known in the social arena. But, as in times past, whenever we weren’t doing our theology properly and proclaiming it powerfully, we now have immense “catching up” to do.

If we are going to liberate women from religious attitudes and social actions that showcase them as sex objects, we must start by confessing our personal and ecclesiastical failures. If the repentance is authentic, reform and restitution will follow. This will require new strategies and bold changes, such as:
Will such radical moves toward a healthier viewpoint eradicate sexual lust? Although coed latrines and public bathing in Bible times may have helped limit it, they didn’t eliminate it. But recapturing the common body acceptance implicit in those ancient customs can point us in a more sane direction. It can lead toward re-subjectifying the body—associating physical anatomy with the person who lives there. It can help us theologically disengage the sight of external skin from its present misuse as an explanation for internal lust. Only by dispensing with misplaced suspicions and vain imaginations about body parts can we refocus on God’s target: human hearts.

If you need more ideas and ammunition for your reform efforts, I’ve written two other articles on this issue of the sexual objectification of women: “Teaching God’s Design for BREASTS - A Message about ‘the Visible Breast’ for Christian Leaders” and “A Dangerous Male MYTH: ‘Men are visual.’”
Posted by David L. Hatton at 7:55 PM