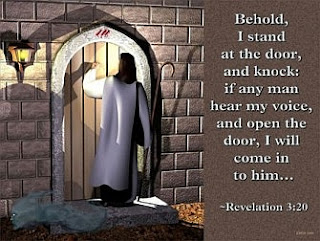 Everyone who knows me knows that the doctrine of Christ’s Incarnation blows my mind![1] But, a few months ago, my understanding of it took another gigantic leap. Actually, it was a return to a crucial insight I met some years ago. It began to take root, but the rigors of ministerial preparation, while employed full time, blocked my grasping its full impact. Perhaps, also, I was not yet ready for such a radical view of incarnational spirituality.

After more than a 2-decade hiatus, I was challenged at a Pastors’ Encounter retreat [2] to find a new spiritual discipline to help me move from “working for the Lord” to “working with the Lord.” Unwilling to alter my already fruitful quiet-time pattern, I chose to start a 2nd daily quiet time, using different devotional material. Back home, I felt led me to an unread book: Infinite Supply–The Best of Union Life 1976-1980 [3]—a compilation of the earliest articles from Union Life magazine, a vehicle for spreading the theological insights of British missionary, writer, and teacher, Norman Grubb.[4]

Before beginning ministerial studies, I found an issue of Union Life on a family-camp book table and subscribed to it, until its publication ceased in 1998. Despite my exposure to this magazine, its main theme both attracted and eluded me. But, while focused on learning to minister with instead of for Christ, this book’s first chapter was an epiphany. It went beyond proposing a life operating with the Lord. It described an incarnational spirituality: Christ’s life lived in us.

These early Union Life articles reintroduced a sacred seashore where I’d once barely waded in the shallows. I now realized it was time to plunge into the depths. An avalanche of insights into an array of familiar Scriptures burst on my mind—Bible passages I’d taken by faith for years without practically applying them to my thought-patterns in daily living. Previously, my highest idea of spirituality had been to become an imitator of Christ. This radical concept of union life called me to recognize that “he who is joined to the Lord becomes one spirit with him” (1 Corinthians 6:17, ESV). Because Jesus and I have become “one spirit,” Christ’s relentless incarnational intent is to live His divine life in, through and as mine, while He, at the same time, directly and personally experiences all the uniqueness of my own human individuality. 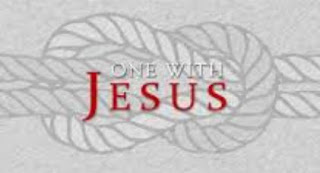 By the Incarnation, God became our human Messiah and Savior. But His fleshly embodiment was also the Prototype of a new humanity, showing us our true calling and destiny. Jesus—God in flesh as an authentic human being—lived His earthly life in union with His Father, as He told us in John 14:10 (ESV), “Do you not believe that I am in the Father and the Father is in me? The words that I say to you I do not speak on my own authority, but the Father who dwells in me does his works.” But, from His perspective in that union, His calling was one of submission, as seen in His Gethsemane prayer: “Not my will, but thine be done.” This pushes His meaning in “Follow me” beyond walking in His footsteps or imitating His behavior to that of living in union with and in submission to Him, as He had lived in union with and submitted to His Father.

The 1st Adam, created to do God’s will, failed. The 2nd Adam, incarnated to do God’s will, succeeded. The difference was not in their humanity; both were fully human image-bearers of God. But Jesus fulfilled His human mission by submissive union with God the Father who indwelt Him. He allowed the life, will, and love of His Father to be so clearly manifested in His life that He could ask an inquisitive disciple in John 14:9 (ESV), “Have I been with you so long, and you still do not know me, Philip? Whoever has seen me has seen the Father.”

We often use that striking verse as evidence for Christ’s identity as God, due to His unity with the Father as the 2nd Person of the Trinity. Truly, that is His personal identity, and He never lost it by becoming one of us. But He had so fully “emptied Himself” (Philippians 2:7) by becoming “the son of man” that His name, “the name that is above every name,” was only returned to Him after His redemptive work on earth was accomplished (Philippians 2:9). The awesome reality is that this Name —“LORD” [kurios], which is “Jehovah” or “Yahweh” in the Greek Old Testament—has been “bestowed” on a resurrected and glorified human being. He is the “firstborn from the dead” (Colossians 1:18), implying that He is the first one, with more humans to follow. But, even before the Resurrection Day comes, His exalted but ongoing humanity gives the Church something that was impossible for Old Testament saints: union life.

Jesus is God, the 2nd Person of the Trinity, who left Heaven to become a man. But, in being fully restored to Trinitarian fellowship, He did so as a real human being. Out of everything in cosmic or celestial creation, only human nature is privileged to inhabit the Godhead. Though He remains Deity, Christ’s true humanness allows Him to unite as “one spirit” with other humans. Eventually, this union will join the Church, the corporate Bride of Christ, to the Trinitarian family as an “in-law” by marriage. But during our earthly lives, this means what it meant to Jesus in His earthly human life and ministry: “I am in the Father and the Father is in me.” Repetitively in the New Testament, this incarnational language now describes our relationship with the exalted and glorified Christ. For instance, Romans 8:1 (ESV) says we are in Him: “There is therefore now no condemnation for those who are in Christ Jesus.” And Colossians 1:27b (ESV) describes Him being in us: “. . . the riches of the glory of this mystery, which is Christ in you, the hope of glory.”

While we anticipate physical resurrection at Christ’s 2nd Coming, Jesus has already returned to us personally through the gift of the indwelling Holy Spirit. Even now, both He and the Father spiritually inhabit believers, as He promised in John 14:23 (ESV), “If anyone loves me, he will keep my word, and my Father will love him, and we will come to him and make our home with him.” This means that Christ’s Incarnation—once limited to one body, in one cultural location, and in one short period of time—began and continues to multiply incarnationally through an ever increasing number of believers across centuries, countries and cultures. Once Jesus started manifesting the glory of God the Father in human flesh, He has never stopped and never will. He’s still doing it in us, when our attitude is: “Not my will, but thine be done.” 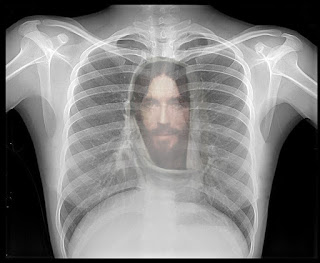 What does all this mean practically? It means so much more than this little blog article can describe! But primarily, it means that following Jesus is a daily death to self so that our union with Christ can manifest His life through us the way He manifested the Father through Himself. It means that Jesus was serious when He said in John 20:21b (ESV), “As the Father has sent me, even so I am sending you.” It means that Paul was describing reality, when He said in Galatians 2:20a (ESV), “I have been crucified with Christ. It is no longer I who live, but Christ who lives in me.”

As Christians, we confess belief in these statements and even affirm the wording in them that disallows evading or explaining away such extravagant claims. Yet we tend to avoid personalizing a mindset that we, by being “joined to the Lord” become “one spirit with him.” We may even doubt the possibility or practicality of a lifestyle matching the clear implication that “as he is so also are we in this world” (1 John 4:17). But once we start thinking and living as if these statements are reality, many Scriptures come alive in a new way.

One of my favorite messages left by Jesus is in John 16:33 (NASB), “These things I have spoken to you, so that in Me you may have peace. In the world you have tribulation, but take courage; I have overcome the world.” As much as I’ve loved this verse, I always wondered how Christ’s success in overcoming the world directly applied to my own earthly journey. The concept of personal union with Him explains it: “so that in Me you may have peace.” Christ, the Overcomer, lives in me and I in Him. Anything happening to me happens to Him, or rather, to us. If I live the truth of this reality, listening for His voice in every sorrow, every situation, then no trial, trouble, or tribulation can ever steal my peace or courage.

In union with Christ, the Anointed One, we too are christs, anointed by the same Holy Spirit as He was. Our union with the supreme Prophet, Priest and King makes us also prophets, priests and kings, for “as he is so also are we in this world.” Union life with Jesus means that we are not tools in His hand or material for His workshop, but “heirs of God and joint-heirs with Christ” (Romans 8:17, NKJV). A concept of Christian life or service based on anything less than incarnationally being “one spirit with him” misses God’s mark and falls short of the “glory of God” inherent in our union with the indwelling Christ.

I’ve been exploring this theme of union life for a few months now, but the following poem spurred me to write down some of my thoughts. If you have begun to see their practical direction, then you will see why I am concluding with this poem-prayer by George MacDonald:

O Lord, at Joseph’s humble bench
Thy hands did handle saw and plane;
Thy hammer nails did drive and clench,
Avoiding knot and humouring grain.

I pray, O Master, let me lie,
As on thy bench the favoured wood;
Thy saw, thy plane, thy chisel ply,
And work me into something good.

No, no; ambition, holy-high,
Urges for more than both to pray:
Come in, O gracious Force, I cry—
O Workman, share my shed of clay.

Then I, at bench, or desk, or oar,
With knife or needle, voice or pen,
As thou in Nazareth of yore,
Shall do the Father's will again.

Thus fashioning a workman rare,
O Master, this shall be thy fee:
Home to thy father thou shall bear
Another child made like to thee.

-----------------------
NOTES:
1. See my blog post "THE FIRST ADVENT: THE INCARNATION"
2. A recurring retreat in Northern California (https://www.rhythmsofgraceca.org/encounter/).
3. Almost all the articles from Infinite Supply–The Best of Union Life 1976-1980, an out-of-print book, are downloadable from http://www.christasus.com/InfiniteSupply.htm.
4. Links about Norman Grubb’s life, work, and teachings:
https://en.wikipedia.org/wiki/Norman_Grubb
http://www.normangrubb.com/
https://www.lighthouselibrary.com/about-norman-p-grubb/
Posted by David L. Hatton at 10:54 PM